What did we talk about?

[Biro] ..and I'm Biro. And I'm full-on brand today. Look at this green blue and the...where is it? Atlassian watermelon logo!

[Nikki] Lovely. Thank you so much for introduction of your t-shirt, Biro. So this is a Monday coffee with Jexo where we scan through the last week's news and updates from across the Atlassian world. And the links for the sources of the topics we are going to discuss today are linked in the description.

[Nikki] That's mine. So there are two new features that were released to the Next-gen or team-managed projects if you want to keep the naming convention that was announced last week, and they're both related to the workflows.

[Nikki] So first of all, and now you can assign additional statuses to the Done category. So you can create statuses like Won't fix, Released and so on. And with the other improvement, you can now assign more than one status to the column in the Kanban board, which should help you keep your board tidy.

[Nikki] In the article, there is a step-by-step guide on how we can use these new features. So it should help you get up and running. And they are also mentioning new improvements that are coming that are all related to the workflows. They are going to be allowing you to create a different workflow per issue type.

[Nikki] Some of these improvements not only support the thought that one day Next-gen projects will have the same features as a Classic but just with the new UI. So we were discussing this last week.

[Biro] Yeah, it's all good and nice and everything. I actually got a bit too excited when I heard this news initially, cause I thought that they're going to finally implement the ability to control when tickets in done get, get to disappear from the down column. Because very often we have a bit too much clutter in the Done column, but apparently that's not available yet. So if you're looking for controlling on that level, you're not going to get it right now, but everything else is on point.

[Nikki] I think that's going to be doable with the third point - third improvement that's coming, which is the ability to un-map statuses from the board, which basically means that if you can have a different done status, and then you can choose it not to map to your column in the kanban. So you can just clean up the stuff...

[Biro] That, or you can with that unmapped statuses, you can say: Okay...after, I don't know, after a day or two move all of those items by using Automation for Jira or something like that.

[Biro] All right, next, we're on to the security upgrades. And let me just scroll all the way up the security upgrades for the Server and Data Center. This was announced last week and it's basically an announcement for the beginning of a large overhaul in upgrading libraries and dependencies in the Atlassian products, mainly Server and Data Center. This seems to come on the back of the vulnerability management program. So they probably found a number of risks in their products in older versions of third-party code. So they decided to start clean up now.

[Biro] From the message, it doesn't seem like they're expecting any breaking changes with these upgrades, but they are making the announcement in order to get everyone prepared in case there are any unknown risks or issues, unexpected issues that they might encounter along the way. So that everyone knows that it might be caused by this. Also from the comment section, I've I was at the comments here, and I've noticed one mentioned here, which I wasn't aware. The fact that they already ran a pilot program for the Bug bounty - Bug crowd program with DC apps, Data Centre apps. So that's an interesting point. It does seem that there there's something that they're looking in introducing in the future. So you might want to be on the lookout for that as well.

[Nikki] That's interesting. So there's going to be Bug bounty for the Data Center as well.

[Biro] Seems like that. The comment was a bit as you can see, is it's a bit refrained to put it like that they're not yet settled into any approach and have not taken any decision yet. So it's probably going to take a while until something solid comes across as news.

[Nikki] So on the other news, the Atlassian is running ecochallenge in April and they are inviting everyone to join. The goal of this challenge is to basically raise awareness around the environmental changes and how to help the environment. When you take this challenge, you can select different tasks from electricity or food you use and so on. And when you join, you can browse a different categories and select different challenges. And then once the challenge starts you can take your progress on the dashboards, see the results and collect the points even with your team. So it's quite nice. And there is a lot of challenges. I specifically set myself a few around food because I would like to eat less 😁.

[Nikki] So I personally like these types of challenges because they raise awareness in a certain topic, but also you might pick up some good habits that you will keep even after the challenge ends. So I especially like to do the Veganuary one, where you even remain vegan for several months afterwards. And although it's just 30 days, which might not seem too much to make an impact, if you keep some of these habits and you raise awareness and you are aware of your actions in the future, that might really help the environment and will make a difference.

[Biro] Okay. That makes sense. You need to get me to do some of these as well. I'm probably the rest of our team.

[Nikki] Yes, definitely. Well, the Brazilian team, it's a lot of food (meat). So wanting them to be vegan that's impossible.

[Biro] All right, so let's move on to the next up. Appfire is back in the news. Surprise, surprise. I think we're all here to hearing this kind of news from Appfire. So they recently announced (last week) announced that they raised another 100 million dolars in investment to continue their buying spree of apps. They bought quite a bit of vendors and apps last year. This investment comes from the private equity firm, TA Associates.

[Biro] It's interesting. I was reading the article. It's interesting to find out that Appfire was actually bootstrapped until last year when they got their first investment, which was 49 million dollars. I think both Nikki and I have a good level of respect for companies that don't just jump into financial aid overnight and actually try to build and build a lucrative business independent from any financial aid.

[Biro] Jexo was also bootstrapped for the first two years of its existence. So yeah, we have found respect for that. Last year they acquired...actually not, I don't think it was last year... in the last period, they acquired in total so far since their investment six companies from the Atlassian ecosystem. And that includes Botron, Beecom, Innovalog, Navarambh, Artemis and Bolo. Pretty good names, to be honest, to add to the portfolio. The company also doubled in revenue last year, which is insane to think about it, an insane to say the least at their size to double in revenue. Given probably some of that is also contributed to by the acquired companies revenue. But still, that's very impressive. So yeah, go to the link, read the article. There's also a bit of a backstory of how Appfire came to be, the early days. How they transitioned in one of the biggest, if not the biggest app vendor in the Marketplace and a bit of an insight into their future strategy. So you'll find all of that in the article from tech crunch.

[Nikki] Interesting. So I have another article as well, but on the, a little bit other note...

[Nikki] We get the article of the week again, and this week's article is from Trello blog and it talks about consistency. So in this article, they say that consistency is key to being successful. And it's true because if you do something consistently every day or a week for a really long period of time, the chance that you will get successful in what you do increases, right? There is a problem. A lot of people are not able to stick to something and to create a habit. There are some tips included in the article on how you can better set your goals and remove the obstacles that might be stopping you.

[Biro] Yeah. I mean, consistency is hard and especially when you exist in a fast-paced ever-changing environment and landscape. But both Nikki and I have been had seen results by being consistent at various activities. So, I mean, it definitely works and you know, those are some very good, useful tips on how to stay consistent. Because I mean, at least I know, being a very chaotic person, how hard it can be to be consistent.

[Nikki] There was actually one more point in this article, which I found quite funny. So researchers found that people are less stressed at work if their boss is consistently jerk, then if he's sometimes nice and sometimes being jerk. Because it seems that people value better consistency than anything else.

[Nikki] It is confusing people. So you need to do one thing all the time!

[Nikki] I think they will be less confusing. 😁

[Biro] All right. Cool. And then last but not least, let's look at this little thing here. Not much to say this is a Taco game, which is inspired by the dinosaur game. You can this find on Trello's website. And I'm not sure if this is supposed to work only when you're offline or not, but I mean, it does work with the internet. And it's like the dinosaur game - pretty addictive. One thing that I would like to see is maybe a bit more random tasks, like the ones that are provided here. Because it's always the same task shown.

[Nikki] There is also another game. Like The "Taco Out!" I think...

[Biro] They're all good games as well. So there's the "Taco out!", which you will find all of them in the footer.

[Biro] So apparently these games... I didn't know about them...They were created as Easter eggs for various milestones in Trello's existence. So these games are, have been built throughout the years for various reasons from, for various achievements and such. And they, there were Easter eggs. As in, you were suppose to find them. But they're now all listed there. So if you want, you can just go in and play a bit while you're waiting for a call or a standup or something like that.

[Biro] There are other games as well.

[Biro] So yeah, that's it, that's it for this week a bit shorter this week, but it's all good. Pretty exciting news the ecosystem anyways as every single week. Feel free to subscribe to our channels, Youtube and such so that we can bring you every single week, a piece, at least a portion of news from the Atlassian Ecosystem. So have a lovely Monday morning, afternoon and enjoy the rest of your week. See you next week.

[Nikki] See you next week 👋 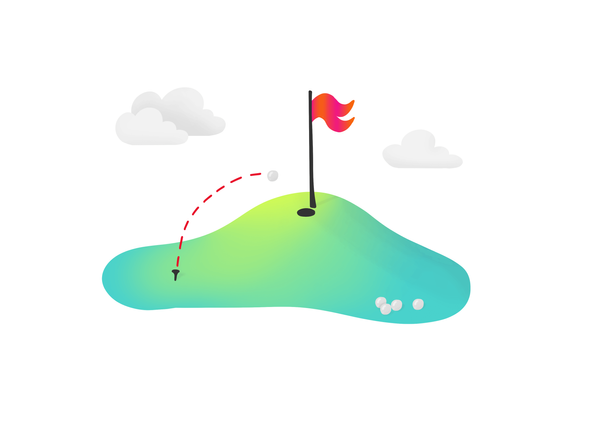 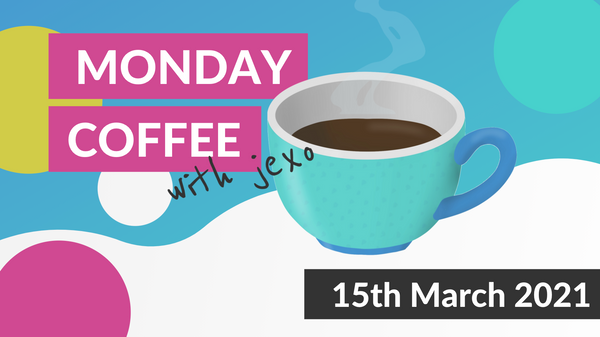 Every Monday morning we go through news and updates from across the Atlassian ecosystem. Join Nikki and Biro for a cup of joe and a short chat this time about Atlassian's announcement of Forge Early Access Program, simplifying Jira Cloud projects, Atlassian Ventures investing in Snyk and others.