What is sunk cost and the ‘sunk cost fallacy’?

It is important to note that fixed costs can also be incurred at a future date (such as next month’s rent) however are already ‘sunk’ (in the rent example - based on the 12 month lease that was signed).  In project accounting, it is a good idea to ensure fixed costs are categorised, as are variable costs (costs that could change).  This will allow you to easily report on the relevant cost types for different processes including project decision making.

The meaning of sunk costs in projects or investments can be attributed to numerous economic principles and axioms including ‘let bygones be bygones’.  In classical economics this is the ‘bygones’ or ‘marginal’ principle and is a very important lesson to learn about project management.

Ultimately it means you can’t change the past and don’t waste time trying to.  Focus on what you can change instead and look at what new costs could be incurred based on any available alternatives and calculate the marginal benefits related to each.  Sunk costs should be excluded from such considerations given, no matter what alternative is considered, they will not change.

An example of sunk costs

A 2-year project is approved to initiate with a 1,000k budget.  After 18 months, the project has incurred 800k of costs and is forecasting another 1,000k to complete.  Of that remaining 1,000k, 300k are fixed or committed costs to pay for the rent for the development space, the hardware the development team use and the subscription costs for their software which cannot be recovered.  There is pressure from the project Board to limit the overspend so the Project Manager must start looking at how.

In this example the Project Manager will exclude the 800k already spent (the ‘bygones) and also the 300k of future fixed costs which cannot be recovered no matter what happens.  This leaves 700k of variable costs which could be changed by decisions such as reducing resources on the project, reducing scope, lowering quality or any other number of project alternatives.

When presenting analysis of all options and recommendations to the Board, the Project Manager can be clear that 1,300k cannot be recovered and must be accepted as sunk even if the project is terminated.  The Board can then consider whether to approve additional investment to avoid the investment being a waste and consider the new amount required to realise the updated project benefits.

It makes sense in that example that a project decision maker would not want to see their existing sunk investment wasted and is more likely to spend more money to avoid losing out on the promised return.

However, this consideration creates a bias in the decision making process which could result in greater consequences rather than the intended benefit.  This is the ‘sunk cost fallacy’ which can otherwise be described by the idiom, ‘to throw good money after bad’.  If a sunk cost is considered a reason to spend more money to realise the project benefits it ignores the question of why the project is failing to deliver in the first place.

To illustrate what this means for a project let’s go back to the earlier example where the project Board has directed the Project manager to limit overspend.  For a project that is at risk of incurring double its budget and still has a lot of questions on whether the outcome is assured, ongoing viability of the investment should absolutely be considered.  As mentioned the sunk cost must be excluded from decision making so the Project Manager should focus only on the additional investment to complete the project and the implications or risk of that decision.

Another way to describe this would be if a project has spent all of its 1,000k to develop a product and needs only another 100 to release to market.  It seems a simple enough approach that for ‘just another 100’ we can get our product out the door but therein lies the bias if considering sunk costs.

What is the real consideration is what the 100 means for the marginal benefits of the product.  If that 100 is to quickly add another feature given there has been a number of competitors beating your product to launch, there are some real considerations whether to launch at all.  By authorising the extra 100, the total investment exposure increases yet may not result in any greater success with the product.  As a result all that has been achieved is more bad investment.

This approach should reduce the risk of the sunk cost fallacy in your projects and also assist with streamlined decision making where needed.

A program manager is someone who is responsible for leading a number of interdependent projects to achieve strategic objectives. The Program Manager focuses on overall benefits realization and achieving organizational goals rather than managing short deadlines and individual deliverables. 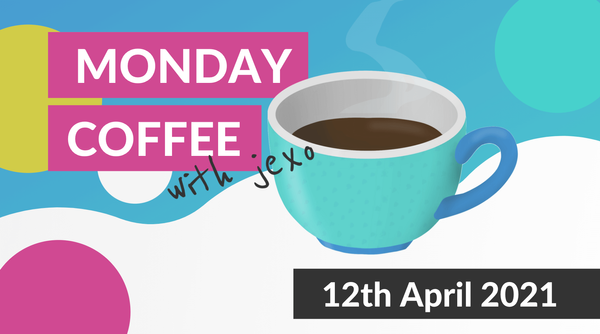 Every Monday morning we go through news and updates from across the Atlassian ecosystem. Join Nikki and Biro for a cup of joe and a short chat this time about Atlassian early adopters program Point A, Bug Bounty update, Developer day, and more!